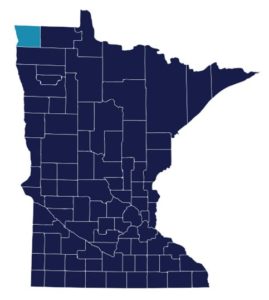 Lake Bronson is a city in Percy Township, it was platted on February 8, 1905, and became incorporated on March 16. Its post office began as Percy, 1888-1904, was Bronson, 1904-38, changing to Lake Bronson January 2, 1939. The first settlers in the area were the Giles Bronson family, three miles east of the town site in 1882, the post office of Percy being established on his farm with his wife, Maggie, as postmaster, and named for his home township in Ontario. The post office transferred in 1901 to the Andrew Vik store, Vik becoming postmaster in 1904, when the name was changed to honor the Bronson family. The first building on the site was a hotel erected by Swan Olson.